Follow my blog and get al tasty recipes in your inbox! 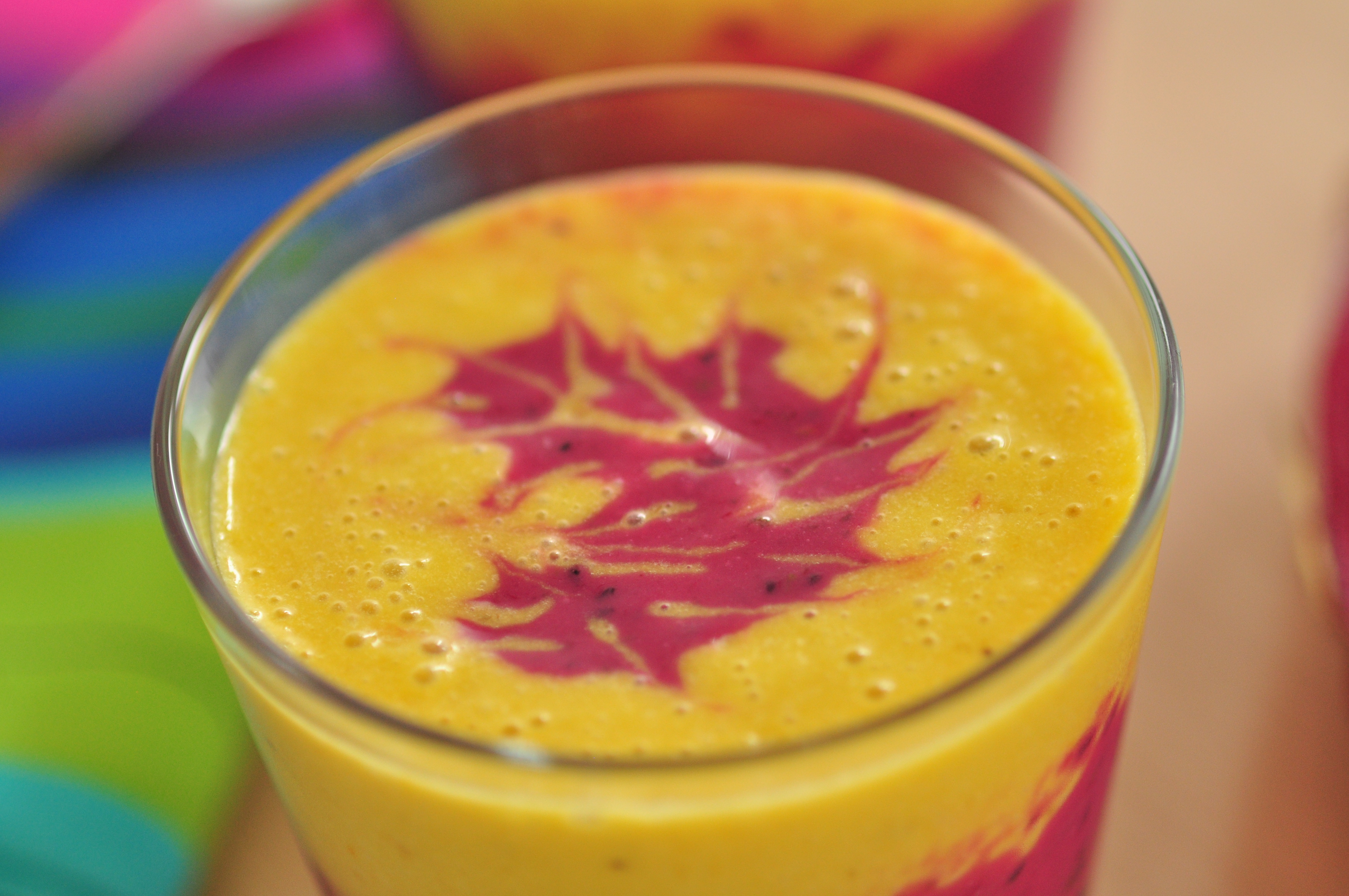 When in Spain a few days ago for work, i of course also visited the Mercado de la Boqueria in Barcelona. The giant food market is to be found in the middle of the city, along Les Rambles where all tourists and pickpockets come together.
I visited the market together with my husband and a student Frederique. Luckily we found out already a few days before our trip that we both share the same interest. FOOD! Great fun in other words!
Frederique’s nice Facebook account with recipes (in Dutch) is to be found via  “Receptenpret met Fred”.

When walking around at the market we discussed al the goodies that we saw and of course bought some of it. Believe me, if i had a car, a refrigerator and a bit more golden dimes i would have bought much more!
Now i ended up with a great, fruity olive oil, a red pepper chimchurri spicemix, a natural color substance for paella, truffel tapenade, dried mushrooms, saffron and a wonderful pink dragon fruit. Not a bad catch!
Today i was waking up early in the morning fantasizing about what to do with the dragonfruit. I ended up with this raw goodie. It takes some preparations but each step is very easy.

Let’s get to work!
Makes 2 glasses
You need to prepare the cashew milk and the chia gel a few hours in advance

How do i do it?
Add the cashew milk to a pan, add the saffron. Put the heat on and stir gently while the milk is getting warmer. If you want it raw, stop at 42 degrees otherwise let it simmer for a few minutes. Let the milk and saffron cool of in the refrigerator for a few hours. The cashew milk will become thicker as it cools down.

Now it is time to make the smoothie!

How do I do it?
Melt the coconut oil.
Add all ingredients to a bowl and mix it with a hand blender or a food processor. Done.

The pink part of the smoothie
1/2 of a dragonfruit
1/4 of a frozen avocado in smaller pieces
2 teaspoons of chiagel (see above)
2 teaspoons of raw, dried blueberries
2 drops of raw vanilla essence or 1/2 teaspoon of vanilla powder

How do I do it?
Add all ingredients to a bowl and mix it with a hand blender or a food processor. Done.

Now add the pink part of the smoothie to a glas and then pour the yellow smoothie on top.
To make a bit more fancy, pour the last drips of the pink smoothie on top and with a sharp tool (like a fork etc) make a swirl. Enjoy!

Yeah! In early summer I was asked to make a clip a

Thank you al for a great day @krinova_park ! A day

On Friday we serve our new three course menu: pile

Yeahhh! Our shop is filled again with fantastic ol

Magic clock! Every day this weekend we color the b

Food, in the end, in our own tradition, is something holy. It's not about nutrients and calories. It's about sharing. It's about honesty. It's about identity.